Here you find some examples of trips and projects SPPS has supported!

Canofi is a research project that investigates the use of panoramic imagery to retrieve vegetation stuctural parameters such as the Leaf Area Index (LAI). The initial goal was to apply LAI theory and software developed for fish eye camera systems to panoramic imagery collected using small drones & flown within forest canopies.

To do this requires a method to convert panoramic imagery to a fish-eye projection. One such method is implemented in the Canofi web app. You can use the app to convert spherical panoramas to hemispherical imagery and estimate LAI. You don’t need a drone to collect a 360 panorama; your phone is probably capable via the Google Street View app.

SPPS has paid a small stipend for student living cost for two month for this project and another two month were just granted. This is a project in the framework of our 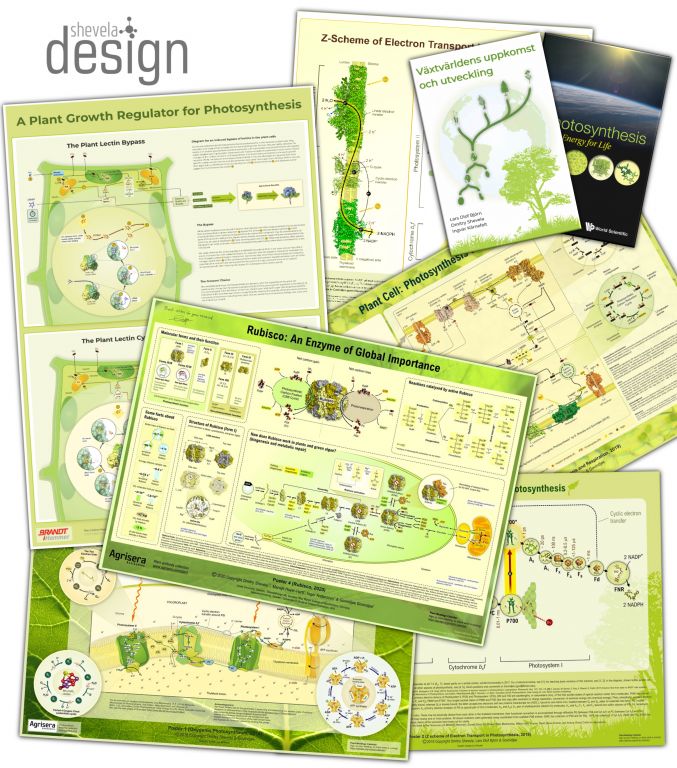 Dmitry recieved a grant to support his company making scientific illustrations with a 3D modelling software for chemical molecules. Dmitry has so far designed posters for Agrisera and been a part in many scientific illustrations. One of his nices illustrations are of the photosynthetic electron transport chain as you can see on the right. "I was dreaming about this software (ChemDoodle 2D & 3D) since I started up my science illustration company!" Dima says.

Dima's posters are free for downloading on Agrisera's website! It is also possible to order paper copies or pick up one from Agrisera's booth at the next conference!

To hire Dima for your illustrations send him an e-mail. 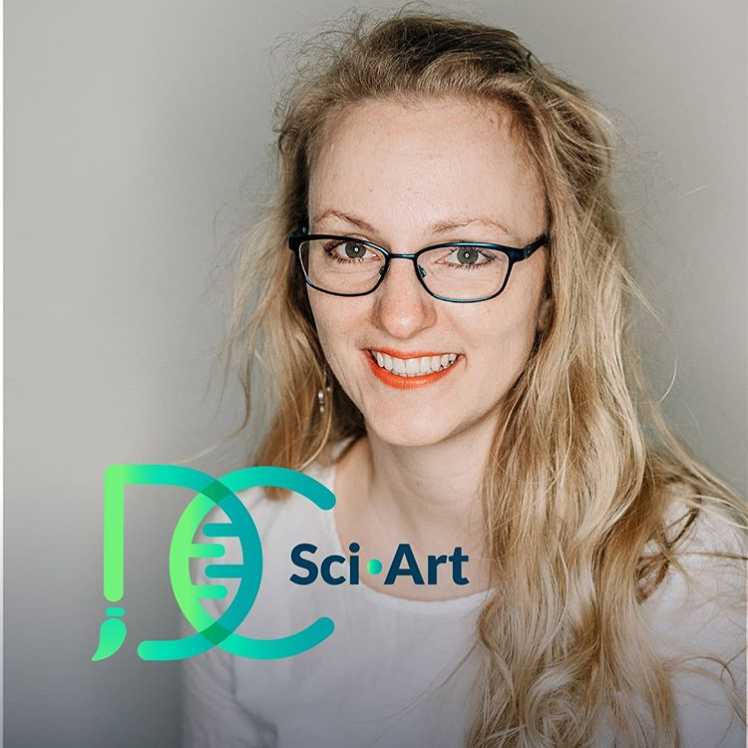 Daria Chrobok received one of SPPS 70th anniversary grants to boost her newly founded business making illustrations for plant science publications and also educative and amusing comic strip illustrations! Check out how fantastic her business is developing and order her services on her website.

Daria has now illustrated many articles in our journal Physiologia Plantarum, designed a new logo for it and also created several title pages! Click on the journal on the right to see more! 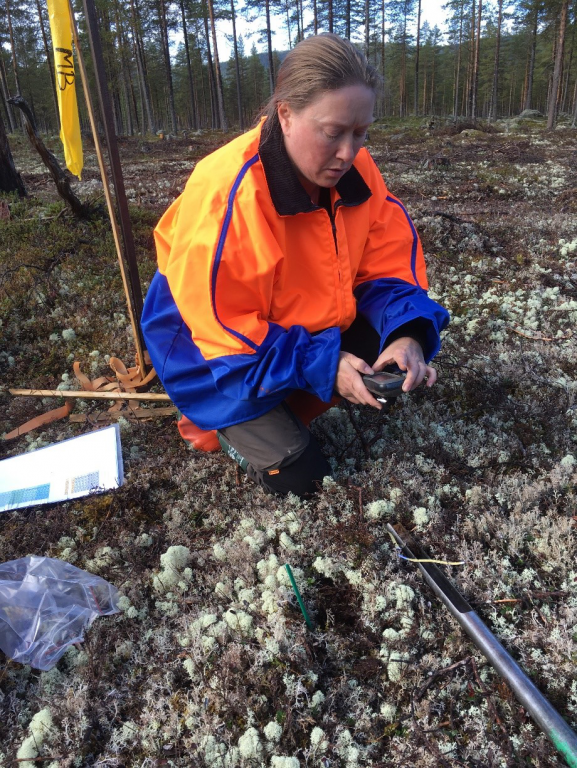 roduction about myself: My name is Lill Eilertsen. I have been a PhD student since Jan 2018 in Judith Felten's group at the Department of Forest Genetics and Plant Physiology, at the Swedish University of Agricultural Sciences in Umeå. One of the projects in my PhD concerns ectomycorrhizal fungal biodiversity in dependence on forest harvest intensity and pattern. Ectomycorrhizal fungi, is a group of fungi that forms a symbiotic relationship with most trees in the boreal forest and they are important for the growth and health of forest ecosystems. In this project, my aim is to evaluate if alternative harvest have less negative effect on ectomycorrhizal fungi than common practice clear-cut harvest. For this project, I have been extracting DNA from soil samples taken at a forest site where alternative harvest (gap harvest, 35, 50 and 70 m/Ø) have been conducted.

The Department of Forest Mycology and plant pathology in Uppsala has established the Uppsala Metabarcoding Lab (UMBLA) with expertise in DNA-amplicon sequencing. Thanks to the grant provided by SPPS, I was able to visit UMBLA and to work with experts in the field of metagenomics to amplify DNA from my soil samples, a meticulous procedure where many decisions have to be taken that require solid experience. In addition to getting expertise help from the staff at UMBLA, I learned a lot and got the opportunity to work with equipment and use technics that I otherwise would not have been able to.

Getting the opportunity to spend time at the Department of Forest Mycology and plant pathology where many people are doing research within my field, also gave me the opportunity to discuss my project and get some feedback from people that have done similar studies as well as getting insight into how other researchers have done their studies.

During my time in Uppsala, I rented a room from the Stiftelsen Ultuna Studentbostäder, which have apartments and rooms on the campus, allowing me to reach the lab within five minutes after leaving my room.

was organised by Prof. Gudmundur Halldorson and located at Gunnarsholt, the headquarters of the Islandic Soil Conservation Service, Hella (S Iceland). We were twelve international students participated and enjoyed the teaching of seven experts coming from Scandinavia. They told us that climate change is occurring faster and at stronger rate in the Arctic than elsewhere in the globe.

We were able to observe it for ourselves through the excursion to the Sólheimajökull glacier. They also told us that changes in phenology, species distributions and ecological interactions in natural and agricultural systems in the North are already occurring. This course presented the ongoing consequences of predicted environmental changes on Arctic entomofauna, from individual to community responses, and the implications to agriculture and forestry. I am glad that the SPPS accepted to support my trip to Iceland because I very appreciated the course, had a nice time there, and came back with much more knowledge and a bigger network by meeting students working in the same area.